About the Milang-Goolwa Freshwater Classic and the GRW

Race History - How It All Began

Once upon a time there were two old salts who constantly argued as to who had the fastest boat on the river.  The two were colourful characters, the late Bill Appleby and the late Bill Ballard and their yachts Esther and Edith.  To settle the argument a decent race was planned and sailed from Goolwa to Milang on 27th December 1966.

The two yachts were very evenly matched in those days and of the first three (years) races the biggest winning margin was three and a half minutes with the closest 12 seconds.  Esther won the first two races, Edith the third.

From this point in yachting history, other boats joined in to firmly establish the race as an Australian yachting classic.  With the emphasis on safety of competitors the Goolwa Regatta Yacht Club adopted the running of the race in 1974.  The event is conducted over the January long weekend each year (or as near as possible) and is now sailed in 9 divisions with the course reversed to start at Milang and finish at Goolwa.  The race in 1986 still holds the record for the largest fleet (584 yachts) to compete in a freshwater race in the southern hemisphere.

Low water levels brought on by drought conditions in the Murray Darling Basin led to the race being cancelled in 2008, 2009, 2010 and 2011.  When the water returned in 2012 so did the race, resuming its annual place in the Goolwa Regatta timetable.

A live snapshot of Goolwa Wharf 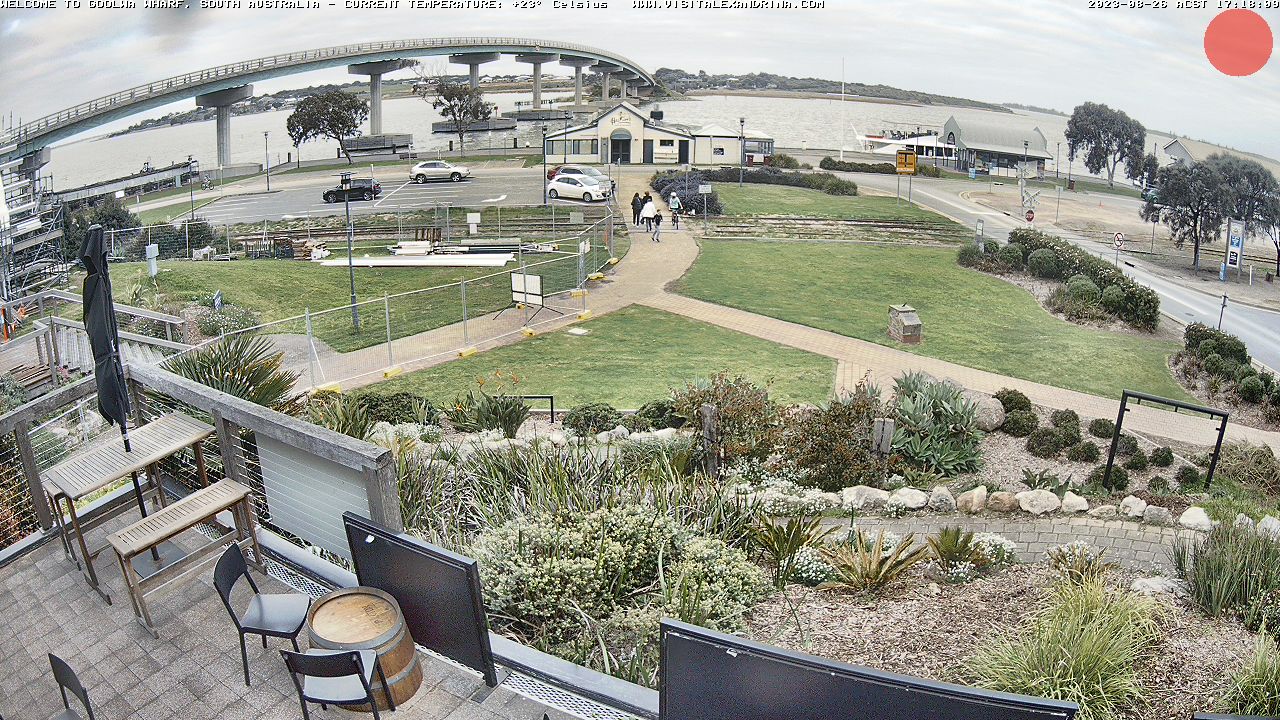 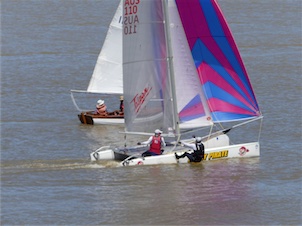