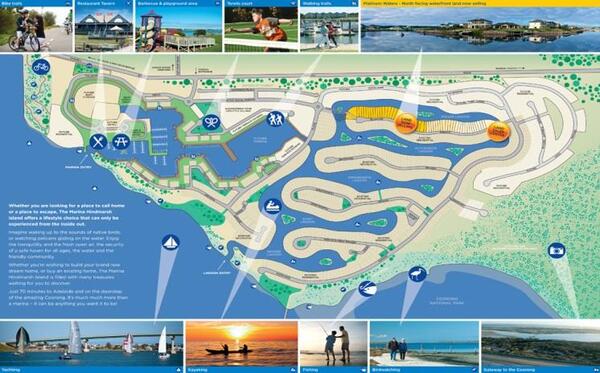 There were over 30 competitors in the dinghy race in the northern marina basin at The Marina Hindmarsh Island. The racing comprised 2 distinct races: the passage races from the Goolwa Aquatic Club (GAC) to the Marina Basin and then races within the north eastern basin. All involved had a fabulous time and the racing area provided an arena like situation where spectators had box seats on the banks overlooking the race. Race results will be published soon.

Sailing conditions were ideal with light 6 knot easterly winds gusting to northerly 9 knots and a sea breeze SSE coming in at about 12.30.

After briefings at the club the dinghy fleet sailed across to Hindmarsh Island Marina for a series of 4 races. There were 3 separate fleets. Sailability fleet of 7 boats, the Opti fleet of 7 boats and the Bics with 8 boats.

The junior fleets of Bic sailors and the Optis mixed a fair bit of fun with the serious competitiveness of the racing and added a joyful atmosphere to the regatta.

The regatta was hosted by Goolwa Dinghy Sailing with a BBQ lunch at the Marina and presentation of prises to the placegetters back at GAC after the sailing. 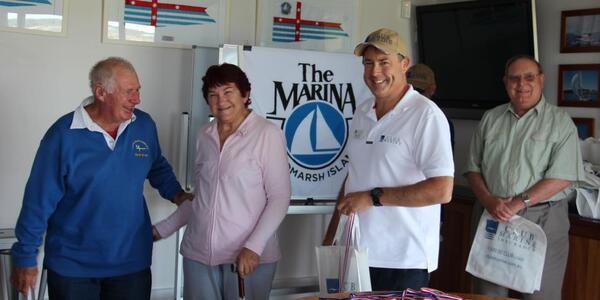 The placegetters for the Optis are:

Placegetters for the Bic fleet are:

And the placegetters for the ’passage race’, from the Bic fleet, which was a race back to GAC from Hindmarsh Island: 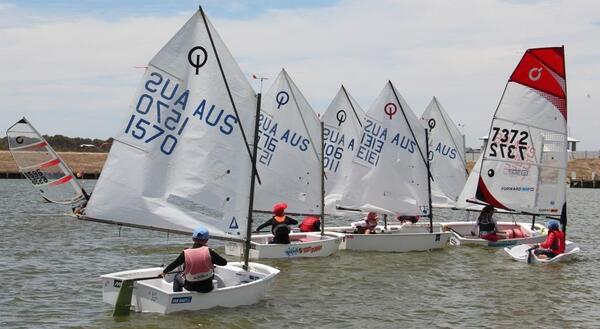 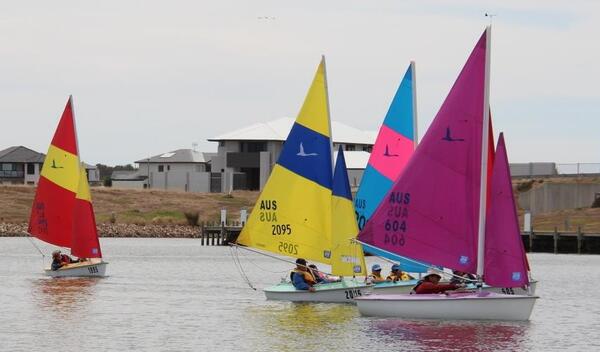 Line up for the start of a race at The Marina Hindmarsh Island.

Now in its 5th year, the format involved two runs through the lagoons and boats were started at two minute intervals with the fastest boats getting underway first.

Due to the nature of the confined start line, the black flag rule was in place, meaning any boat that crossed the line early would be recorded as disqualified for that run.

With the wind a fresh 17-19 knots from the sou’ sou’ east, there was enough wind to get boats moving and maintain momentum in the lulls behind houses.

Residents lining the race course were again out in force to provide encouragement to the yachts as they raced by. All the race competitors agreed there were even more house parties than in previous years. Marina residents who were treated with box seats as boats sailed within metres of their front lawns.

Timing the start right proved a bit tricky for some of the twenty entrants, with a number of boats making dramatic manoeuvres metres from the start line as they attempted to avoid the disqualification that came with a untimely start. Many learnt from previous years the importance of getting a good start and all boats successfully started and completed the first time trial. 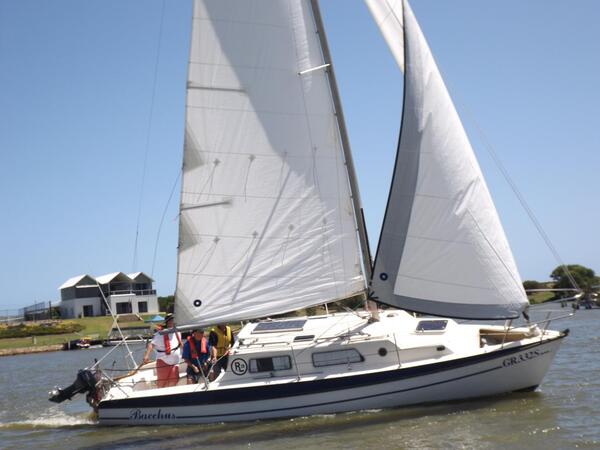 Bacchus skippered by immediate past Commodore Brendan Murray powers towards the start line.

The Marina Hindmarsh Island has established a Marina Challenge Perpetual Trophy for the event that will remain on display at The Landing.

Results were read from last to first heightening the atmosphere as the announcement of place getters drew near. 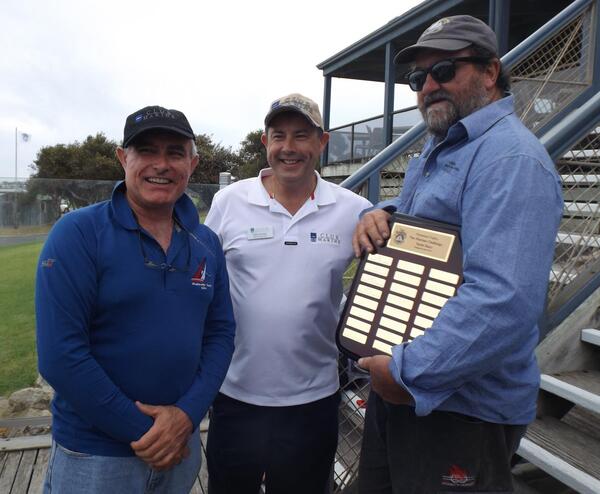 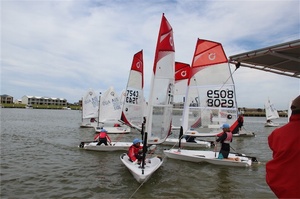 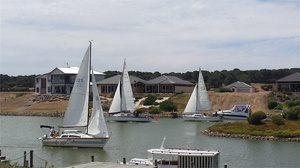 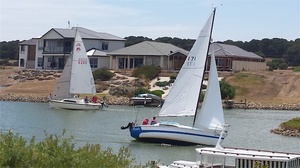