It was a busy morning at Milang as around 1000 sailors prepared themselves for the 2015 The Marina Hindmarsh Island Milang-Goolwa Freshwater Classic on Sunday the 25th of January.  The fleet of 179 trailable yachts, large multi-hulls and off the beach catamarans and dinghies made for a majestic sight for the thousands of spectators who lined the course, both on land and on water, from Pt Sturt all the way to Goolwa.

The course took entrants across Lake Alexandrina, passing through a gate midway between Milang and Pt Sturt, then between beacon 88 and Point Sturt, along the River Murray, past Clayton and under the Hindmarsh Island Bridge to the finish line in front of the Goolwa Regatta Yacht Club. 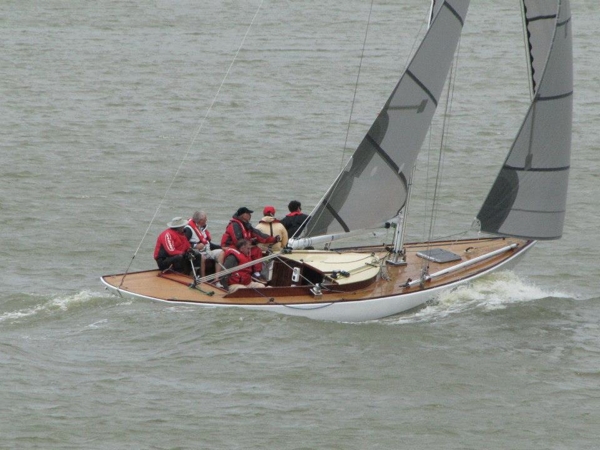 The origin of the Milang-Goolwa dates back to 1966 when Edith and Esther, wooden river boats, raced from Goolwa to Milang to establish whose boat was fastest.  Nearly 50 years later, Edith was amongst the fleet of 10 Vintage Wooden Boats to enter the Milang-Goolwa and continue the tradition of being the first division to start the race.

As boats pulled out of the reeds and off the beach at Milang to set their sails, many opted to tuck in a reef and all opted for their number 2 or 3 headsails.   With the wind tending westerly at the start, sheets were slightly cracked and no tacking was required until boats were through the first gate and around Pt Sturt.  From there the wind was on the nose and boats had to work hard into a stiff breeze. 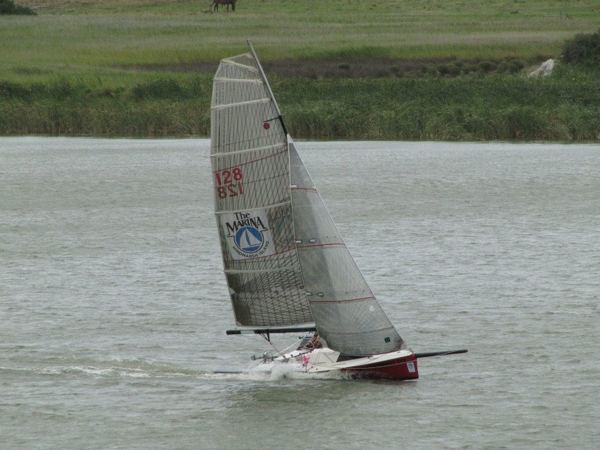 From Point Sturt yachts hardened up the sheets, crews hiked out and settled into what would be a hard ride down river and upwind to Goolwa.  As the race progressed the wind gradually strengthened and the last boat to finish crossed the line about 3:30pm.  Due to the strong conditions a number of yachts either did not finish (DNF) or opted not to start (DNS).

There was a large contingent of off the beach boats and many were grateful for the reassurance, support and assistance of the Victor Harbor and Goolwa Sea Rescue who provided a professional and superb effort on the day (which was also utilised by a few trailable yachts as well).

The race formally concluded back at the Goolwa Regatta Yacht Club, where the Official Presentations took place. Locky McLaren, Commodore of the GRYC, in welcoming competitors and guests thanked the sponsors for their continuing support and noted that: “no other freshwater yacht race brings competitors and spectators together the way this classic yacht race does.  I want to thank the hardworking team of volunteers who have made this event such a success.”

The W.R. Appleby Trophy for the first boat on corrected in Division 1 went to Nimue, owned by Michael Jolly and helmed by Ray Brown.  Nimue is a Herresoff, built in the last few years but whose design dates back 101 years.  Many agree that she is the prettiest and most graceful yacht on the water in Goolwa, and certainly one of the fastest.

BOHICA, a Boatspeed 23, skippered by Todd Bartlett took out the A.B Kinnear Trophy, the Blue Darling Trophy and the Crowhurst trophy, awarded to the first Division 2 boat to round the buoy at Point Sturt.  In accepting his trophies Todd, in his typically modest fashion, thanked his crew, organisers and the other racers.

Meanwhile, the Patrons Trophy for the fastest elapsed time of an unplaced yacht went to Tern, skippered by Mike Badenoch.

In a long held tradition, the Keith Veenstra Memorial Trophy for the first Restricted 21 to cross the finishing line was awarded to Endeavour, owned and skippered by Lyndon Bartlett.

The Commodore’s Trophy for the first yacht on corrected time in either Division 4 or 5 went to Anoqua, a Sonata 7, skippered by Nigel Cooper.

Two Dogs, a Taipan 5.7 skippered by Tim Wright, took out the Cock of the Lake trophy for the fatest elapsed time across all divisions.  Two Dogs completed the race in 1 hour, 54 minutes and 27 seconds. 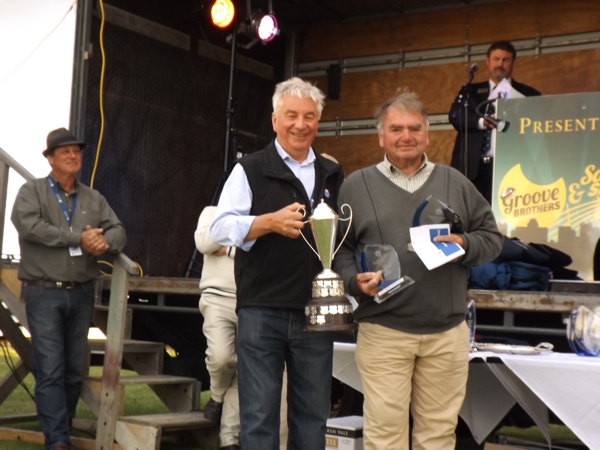 For the full results, visit  www.gryc.com.au