With a $750 winner takes all cash prize, there was plenty of pressure on skippers and crew.

With 20-23 knots from the Sou’sou West, the event was lining up to be fast and furious with spectacular spinnaker sets, runs and drops. An expert commentary team of Chris Harris and Fraser Buchan ensured the spectators who packed the yacht club marina knew exactly what was going on and why. 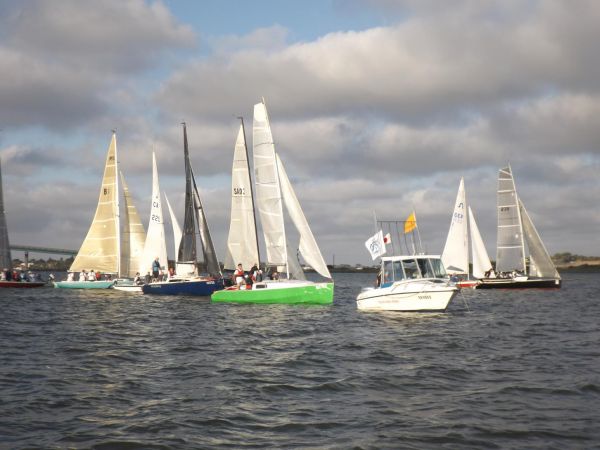 Heat one (The Kraken, BOHICA, The Shed, Nerana, Endeavour, Maniac, Amity and Milsonia) quickly got out on the water and did some practice runs to see how well their kites would set on the downwind legs before heading to the starting area. Heat two (Quondong, Hammer, Bright’un, Dolphin, Whizz Bang, Karnagree and Diva) followed 5 minutes later. 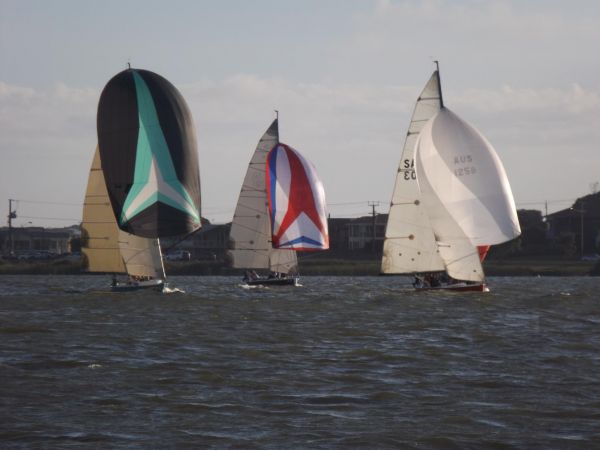 Both starts were keenly contested but got away cleanly and the yachts had to work hard upwind to cope with the gusty conditions. BOHICA was flying on her first downwind leg but laid it over near the buoy and ended up with her kite dragging behind her in the water and subsequently withdrew from the race.

Going through to the final was Karnagree, Maniac, Dolphin, Nerana, Endeavour, The Kraken, Whizz Bang and Amity. In the final minute of the starting sequence nerves seemed to get the better of most skippers as they pressed towards the line and with plenty of time to go but no room to move, the majority were over the start line early. A General Recall was signalled and everyone headed back (eventually) to the starting area. The second start was much more orderly and all yachts got away without penalty. 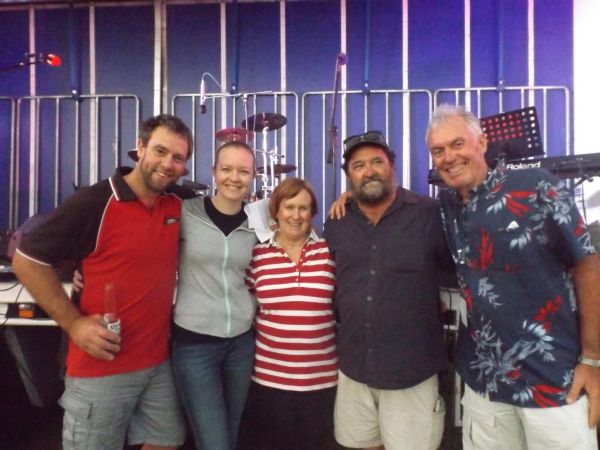 In first place by nine seconds on corrected and collecting the winner takes all $750 cash prize was Nerana, skippered by Randal Cooper. 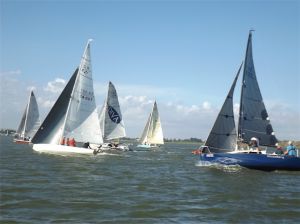 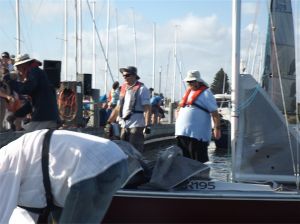