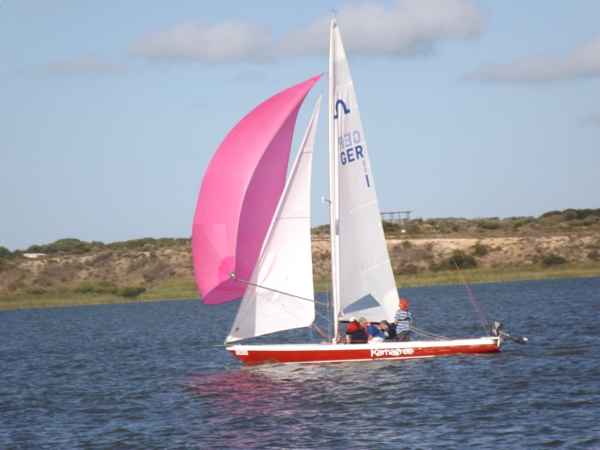 With a $500 winner takes all cash prize, there was plenty of pressure on skippers and crew. 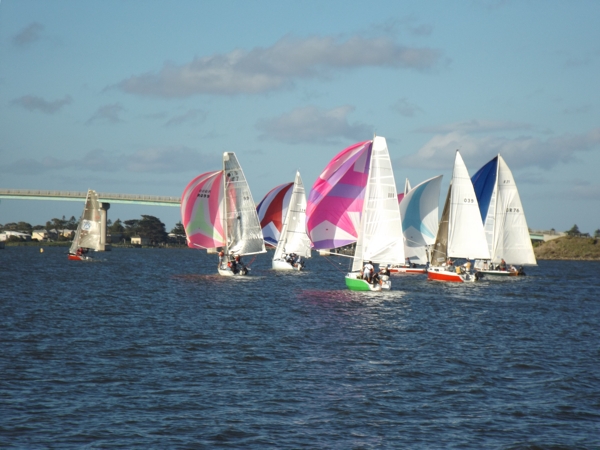 With 14-17 knots from the South, the event was lining up to be fast and furious with spectacular spinnaker sets, runs and drops.  An expert commentary team anchored by John Blunden with Chris Harris, Fraser Buchan and Robbie Parker ensured the spectators who packed the yacht club marina knew exactly what was going on and why.

Heat one (The Kraken, BOHICA, The Shed, Karnagree and Milsonia) quickly got out on the water and did some practice runs to see how well their kites would set on the downwind legs before heading to the starting area.  Milsonia, a restricted 21 was making her first appearance after an extensive refit.  Heat two (Voodoo Child, Hammer, Endeavour, Bouystoys and Diva) followed 5 minutes later.

Both starts got away cleanly and the yachts were enjoying the steady (for Goolwa) breeze.  With little to separate the yachts, the anticipation on the marina was growing until Hammer was seen putting in a 720 penalty turn for an infringement on Diva. 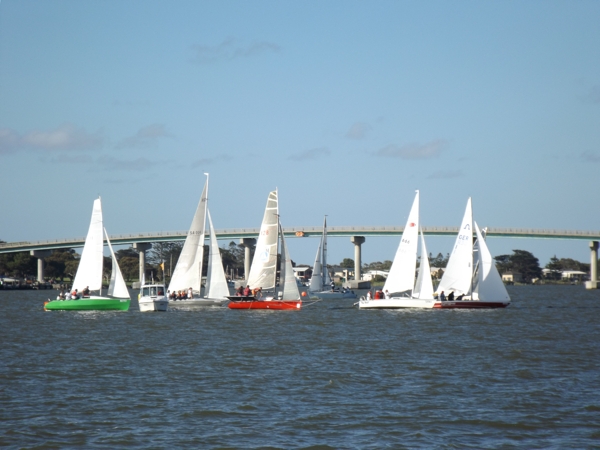 Going through to the final was Karnagree, BOHICA, Voodoo Child, Endeavour, The Kraken, The Shed, Hammer and Bouystoys.  In the final 30 seconds of the starting sequence the yachts all bunched up near the committee boat where BOHICA and The Kraken found themselves coming together with the start boat while the rest of the heat sailed away!  Once freed, The Kraken was seen doing a 360 degree penalty. 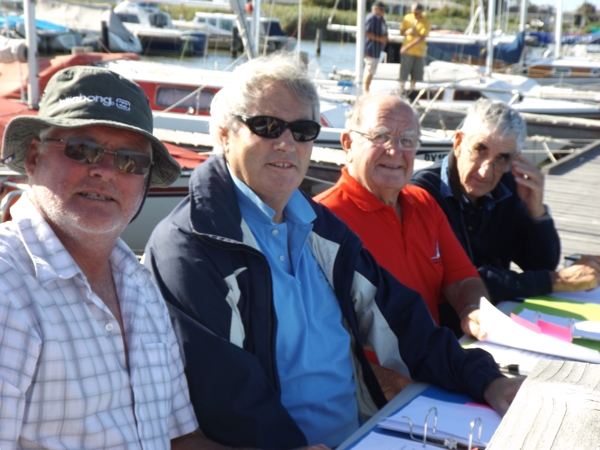 Voodoo Child sailed nicely but took some time to hoist her kite, costing her precious time.  Karnagree opted for a wide line and sailed out away from the rest of the heat, taking a chance that she would get clear air and climb over the other boats.  BOHICA and The Kraken worked hard to make up lost ground. 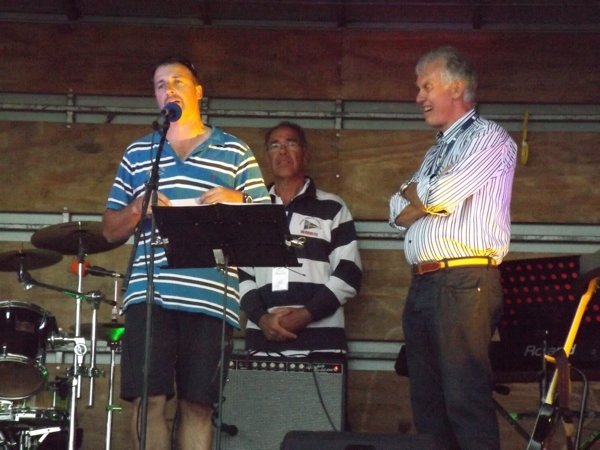